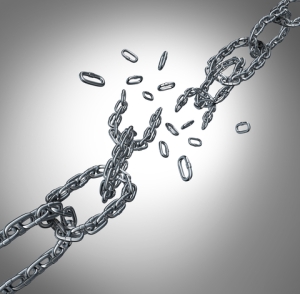 I have used this fictional case in workshops on Learning from ONE Event to demonstrate the process. I like you to read, stop from time to time for questioning yourself how to proceed, think also about its relevancy to less spectacular failures and what could be gained by learning the RIGHT lessons. This is part 1 of the case, part 2 would follow in a week.

The trigger for learning and the start of the process

The big test of the Wise-Cameras, intended to be the new diamond in the crown of TopSecurity, was organized for two hundred people from the army, air force, police and the secret service. It ended in total disaster. Samuel Fuller, the CEO of TopSecurity, the one who brought it all the way to become a $5 billion giant, nominated a team of three people to inquire the shameful event where the Wise-Cameras failed to identify the break-in of a test-group of five well trained people into Top Security’s building, in spite of all the sophistication that went into the Wise-Cameras system.

The inquiry team was led by Gilbert, the manager of SecurityCheck, an independent organization that checked the functionality and effectiveness of various security products. SecurityCheck was asked to try breaking into TopSecurity HQ. Their success was the biggest failure TopSecirity ever had. Linda, the brilliant CEO of ThoughtWare, a software company without any business linkage to TopSecurity, was another member. Jacob an organizational consultant was the third member of the team.

The project to develop Wise-Cameras started three years ago and was supposed to take two years. The idea was to use security cameras to automatically identify any attempt to approach a protected building. The identification of the potential intruders was supposed to be automatic and in high certainty. Additional expectations were to identify the exact number of people trying to break in, and recording special features of the intruders, notably the distance between the eyes in order to support identification even when the intruders wear masks.

What went wrong in the test was that the five intruders came to the building by rolling on the ground and by that fooled the system.

The failure certainly took Sam by surprise. It’s economically and operationally impact on TopSecurity was immediately recognized. The actual cost of the project was around $5M, but the hopes for future revenues were closer to $100M a year!

Is it a good idea not to include anyone from the project team in the learning-from-one-event-experience team?

Naturally the tendency of anyone involved in such a project is to cover the wrong actions and decisions that led to the failure. Nobody likes to be blamed even for much smaller failures.

But, what is the objective of the learning? Is it really to identify the guilt of some people, or reveal some common flawed paradigms, shared probably by many people, and fix them?

Jacob, the organizational consultant, proposed to add someone from the project team in order to radiate the message the intent is not to blame anybody. Linda added that they need at least two people with the knowledge and intuition of what happened. Thus, Alex, the chief project engineer, and Martha, a software specialist responsible for the movement recognition in the project, joined the team.

The new team, now consisting of five people, sat down to resolve the first issue:

Verbalizing the gap between prior expectations and actual outcomes

They soon realized this issue is more challenging than it first seemed to be. Actually two different gaps have been recognized:

Prior expectations: The important guests, who are potential clients, would be grossly impressed by the performance of the Wise-Cameras.

Actual outcome: Huge disappointment, leading to inferior reputation and low perception of the system and of TopSecurity as a reliable and innovative supplier.

Prior expectations: The system is capable of tracing even the most sophisticated breaking into a protected building.

Actual outcome: The system was tricked by a clever team.

Gap 1 focused on the event planning. A possible lesson might be running a rehearsal before such a show, or conducting closer communication between the developers and the testing team.

Gap 2 focused on the question how come a three-year project failed to achieve an effective product?

Was the failure due to a minor technical problem that could be fixed pretty soon?

Alex: “The specifications were very demanding that no incidental move of an animal, like a dog, would activate the alarm. In other words, no false alarm allowed! Thus, we assumed that any human being coming to the building would be walking on two feet. The image recognition algorithm was based on that assumption.”

Based on this statement it was clear that gap no. 2 was real and substantial. Considering the value of better understanding what led to failing to achieve the technological objective of the project and ensuring that such a failure would never happen again pointed towards the second gap.

What is important to understand is that inquiring both gaps by the same team reduces the ability to focus and by that the chance of learning a beneficial lesson of value.

Questions: What should the next step be? Is there a need for more information and analysis? If so, what missing information is required?