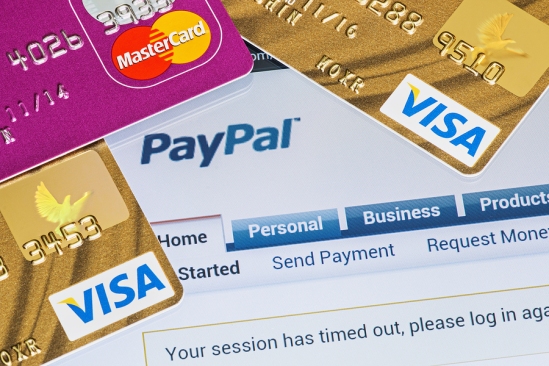 PayPal offers a service of safe payment transfer through the internet, competing with the use of credit cards and with the banking systems.  The safety and ease of use creates a decisive competitive edge (DCE).  Any DCE should be under constant scrutiny that the competition might close the gap and that the company might give bad service that might eliminate its own advantage.

It all started for me with a transaction of small amount of money from the US. I got a happy mail telling me to claim the money through my PayPal account.  Problem was:

In my account there was no mention of any payment!

This is a typical moment where the basic service collapses and there is an urgent need for customer service.

To cut a long story short: I did not receive the money and I spent very long time with PayPal customer service in Israel, spoke with five different people and in between several messages were exchanged.  The service agents gave me several guesses regarding what happened, which did not improve my level of frustration.  Eventually the following verdict came:

The sender of the money defined the transaction as “personal”, which is allowed in the US, but not in Israel.”

According to this policy PayPal should have rejected the transfer upfront. Another failure is that the customer service people have not been exposed to the information that the transaction was rejected.

The truly big failure: PayPal did not let me know that the transaction was rejected after letting me know I can claim the money.

Is it a PayPal policy that it has NO obligation to the recipient of the transaction?

Such failure in performing simple service could be dangerous to PayPal. I think this incident should invoke learning from experience to draw the right lessons.  When clients, like me, are exposed to such treatment then those clients would not like to do more business with PayPal, at least as long as there are other acceptable service providers.

The main gap in performance is:

Expectations: Any account that receives a notification that money has been received – the money truly lies in the account.

Actual outcome: I got the mail, but the money was not there!

The next step is to find out the facts that have led to the above gap. Through my long talks with customer service I have been exposed to some facts:

All other hypotheses that I can think of, like a major bug in the IT system, seem to me unreasonable for such sensitive international organization. So, I assume the above hypothesis is right.

Behind the facts that led to a gap between expectations and outcomes there is always a flawed paradigm!

If my hypothesis is right then the flawed paradigm is:

This is a significantly flawed paradigm.  What happens is that different local policies do often clash, especially when international operations are at the core of the service.  If PayPal Israel thinks it is good to focus solely on business transactions, while in other parts of the world personal transactions are gladly accepted, then both directions of such transactions should be capable to perform smoothly.  However, while it is relatively easy to prevent personal transactions from Israel to the US, it is not easy to stop, on time, a transaction from the US to Israel.  In order to make the paradigm valid a super-sophisticated system has to be in place, containing all the policies everywhere, and with the ability to identify from an email where in the world it is located and what are the rules in that location. Sophisticated systems are exposed to bugs much more than simple straightforward systems.

The failure I’ve been exposed to is just an example of many other possibilities of failing to deliver the promised service.

This means that decisions made in PayPal Israel might have damaging effect on the reputation and reliability of PayPal throughout the world!

There are several options to fix the original paradigm, and every alternative has its own negative branches. One alternative is to develop the super-sophisticated system.

Another alternative is that Local policies would apply only to any outgoing transactions, but not to inbound transactions.

Yet another alternative is that PayPal decides to deliver the same service, using the same policies and rules, all over the globe. I’d choose this alternative, but this is a different kind of analysis.

I’d be glad if PayPal officials would participate in this discussion concentrating on the generic case.

In a learning organization this is exactly what would happen.