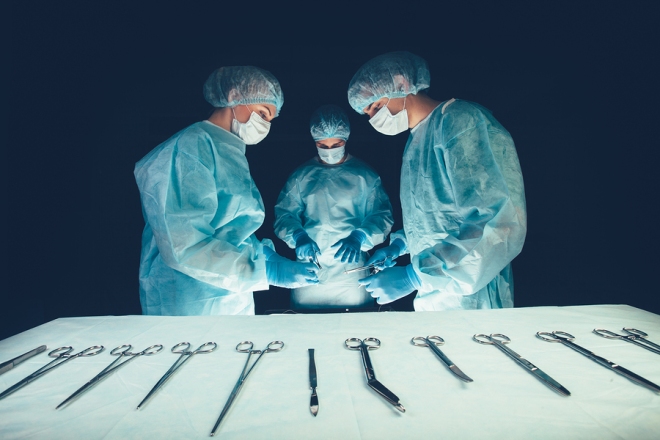 Managing a healthcare organization is very challenging due to a huge generic conflict that deals with life, death and money. The emotions the conflict stirs are so enormous that an open rational discussion is almost impossible.  This state only makes the situation worse.

Goldratt commented that managers are subject to three critical fears: Complexity, Uncertainty and Conflicts.  Eventually managers and leaders are measured by their ability to handle these areas.

A crisis in an Israeli hospital in Jerusalem, called Hadassah, raised wide interest in the wider human aspects of managing healthcare in general and a hospital in particular. The crisis peaked when all the six senior physicians, plus three junior doctors, quit the Hemato-Oncology department for children in Hadassah claiming that the hospital management is forcing them to reduce the level of treatment to their very young patients.  Their idea was to build such a department in another hospital in Jerusalem. The collective resignation created a huge problem for the young patients and their parents, the hospital, and the government.  It also raised the concern of the other hospitals that this move might become an example for other specialized departments to demand higher budget by threatening to move the whole department to another hospital.  The parents of the children backed up the doctors, whom they fully trusted, in spite of the fact that their action left their children without good enough ongoing treatment.  The government and the Supreme Court vetoed the move to build the department at the other hospital.   Right now there is no resolution of the crisis!  Israel now lacks nine doctors specialized in cancer of children and the reputation of a leading Israeli hospital has been significantly compromised.  Israel is a small country and nine doctors is about 15% of the country medical capacity for such a narrow specialization. The end result is the worst that could have happened.

This particular crisis is a direct consequence of failing to manage a key generic conflict, which exists in every healthcare institution in the world.  It is a tough conflict to universally resolve.  Still, management has a duty to manage conflicts in a way that would not cause such damage.

The root problem of healthcare is the possible clash between two necessary requirements:

The first one expresses the ethics implied by the Hippocratic Oath. This is the basic duty of every physician.

The second is the duty of the government and every hospital management, to build and support the necessary infrastructure for treating all eligible patients at the same time.  While every physician looks for the good of every patient being treated right now, the management decides what means can be used and for which patients.  In most countries these decisions are highly regulated.

TOC has a tool to express a conflict is a way that helps to resolve it. Goldratt claimed that every conflict can be resolved without a compromise.  The practical meaning of a compromise is that both needs are only partially achieved.  The tool, called a ‘cloud’, looks to achieve both needs in full by providing the opportunity to inquire the cause-and-effect behind the conflict in order to identify a way to challenge one of the underlining assumptions and by that lead to a solution.

Here is my verbalization of the generic cloud of healthcare.

The clash between providing the best treatment to the individual and providing the means to the relevant society exists in all levels of the medical operations. While very rich patients are able to get whatever they need, the vast majority of the society are highly impacted.  Generally speaking there are two different ways to handle the need to provide good health to ALL human-beings.

The usual policy is combining both ways. The government supports the insurance companies to finance those who cannot afford the insurance and controls the regulations.

The common clash between the two lines of action, expressed in the above conflict, happens when an individual physician, or a group of physicians, intentionally deviate from the management instructions, sometimes even rebel against them. The deviation happens when specific cases require more than what the formal instructions provide. As these actions are done according to the universal ethics of the Hippocratic Oath, it is not easy to settle them through regular legal actions.  This is the essence of the inherent difficulty in managing healthcare.

In the particular case of Hadassah the clash was centered on two management actions that the doctors in the department saw as compromising the medical treatment. One is that Hadassah tried hard to bring ‘medical tourism’, meaning patients from other countries who pay hefty sums for their treatment. The problem is lack of enough beds and medial manpower in the department to treat well all patients.  The other clash was a managerial decision to put several children in the adult department, where the overall demand for beds is lower.

Most clashes between the welfare of the individual and the welfare of the society are caused by a constraint, a resource with insufficient capacity to handle all the demand. The ultimate constraint in all public sector healthcare institutes is: budget.  Actually the budget is the ultimate constraint of every not-for-profit organization.  Lack of enough budget causes capacity limitations of several key resources. The one resource that eventually limits the overall delivery of value is the constraint and trying to exploit its performance is one of the most important insights of the Theory of Constraints (TOC).  In hospitals the most common constraint is described as lack of ‘beds’.  Actually it is not so much the bed itself, but the equipment and manpower required 24 hours to treat and control the patients while they lie in those beds.  The real constraining resource, dictated by the limitation of the budget, is usually not clearly identified.  It could be doctors, mostly juniors who stay at night, or nurses that need to take care of all the patients in the department. The direct consequence of the interaction between several resources, each with limited capacity, is lower level of medical treatment.  It makes sense that the threat of shaking the sensitive balance of critical resources in the children-cancer department in Hadassah was the cause for the rebel against the hospital top management.  Introducing one single set of priorities, based on buffer management, as have been implemented by Alex Knight and others who followed the idea, significantly improves the overall state, but does not fully solve the generic conflict.

A direction of potential solution using high level of buffer management of the global budget is allowing more individual penetrations into the overall budget as long as the total penetration into the budget-buffer is not too deep. This direction challenges a hidden assumption behind the conflict itself that considering the budget and means requires a strict adherence to general rules about the patients and their detailed rights. The strict adherence is replaced by a more flexible way based on the remaining flexibility of the budget.  Thus, certain deviations from the rules can be allowed, provided the overall situation is satisfactory.  This would mean that the evaluation of the budget is an on-going matter.  However, the details of a concrete solution have to be carefully developed to keep an overall control and ensuring the collaboration of all doctors.

As long as the global conflict exists, the practical lower-level conflict has to be managed by either finding a specific solution or finding an acceptable compromise. Letting the conflict lead to a crisis, like disrupting a whole department, should never happen. However, it does happen all the same when a conflict between two egos is raised as well.

The generic conflict of healthcare is just part of the even more generic conflict of the government dictating the budget for several departments dealing with the issue of saving life. The Ministry of Defense, the Police and even the Transportation Department, all have to dedicate budget to prevent unnecessary deaths.

Eventually, a tricky and emotionally loaded question is:

What should be the official budget for saving the life of one human being?

My professor at my MBA studies, Professor Zvi Adar, openly asked us the above question, just to demonstrate the power of the issue. Prof. Adar was an economist and he told his students that checking the actual actions taken by various government agencies that deal with life and death revealed a huge gap in the money dedicated to save life.  That gap, meaning one government agency dedicates five times the money to save one life than another agency, is the consequence of not dealing directly with the generic conflict.  Running away from emotionally loaded conflicts is, to my mind, the key conflict of a leader:

I kindly suggest the readers to try to find a universal resolution of the two key above conflicts by revealing the hidden assumptions and then challenge at least one of them. Each one of those has considerable impact on our life and how organizations and countries are managed.