This post continues the previous post on “A decision is required – a management story with a lesson.

Prof. Herbert Simon, the Noble prize winner, claimed that people are NOT OPTIMIZERS – they do not search for the ultimate optimal choice. Simon called the way people, like you and me, make decisions “satisficers” – looking for a satisfying choice by placing certain criteria and choosing the first one that satisfy all the criteria. This is quite similar to what we call in TOC “good-enough solution.”

My point is that while people are satisficers, once they make decisions on behalf of their organization they are forced to demonstrate that they actively look for the optimal decision. However, there is too much complexity and too much uncertainty on top of it to truly reach optimum decisions. This situation makes the search for optimal decisions, based on “books” written by other academics than Prof. Simon, looks pathetic. Too many of those decisions are wrong and leading to inferior results.

A common cause for this different behaviour is:

Managers are afraid from after-the-fact criticism, which they consider unfair, because it does not consider the conditions when the decision has been made. 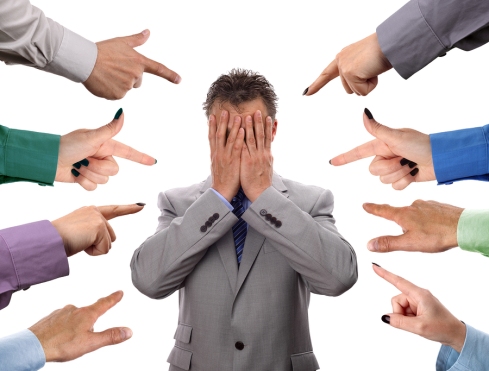 The key frightening aspect is the possible impact of uncertainty. After-the-fact the decision can be easily seen either as “right” or “wrong”. Admitting to have made a mistake causes two different undesired effects:

The fear of unjust criticism forces managers to look for two means of protections:

As Mr. Preston Sumner, in his very interesting comment to the story has noted, some CEOs are influenced to do the exact opposite: take larger risks than what they would allow for themselves. This tendency is initiated by the way some large organizations compensate the c-level executives. When a CEO is pushed to show great results by hefty bonuses, while the opposite is not true, the derived greed pushes them to take high risks. Is this really what the stockholders want?

There is critical mistake in looking to “motivate” a person, a CEO or even just a regular salesperson, by linking the actual financial results to payments to the person. Money is always a necessary condition – but it is far from being sufficient to ensure good intentions to look for the interests of the organization.

Dr. Goldratt said that organizations force certainty on uncertain situation. Ignoring uncertainty make people believe that they can judge any decision according to its actual result. If we recognize the need to live with significant uncertainty we need to learn how to judge decisions in a way that would reasonably assess what might happen – the potential damage as well as the potential gain.

This is just the beginning. I claim that failing to openly and visibly dealing with uncertainty is the core problem of most organizations! I’ll certainly come back to this topic highlighting more undesired effects resulting from the core problem.